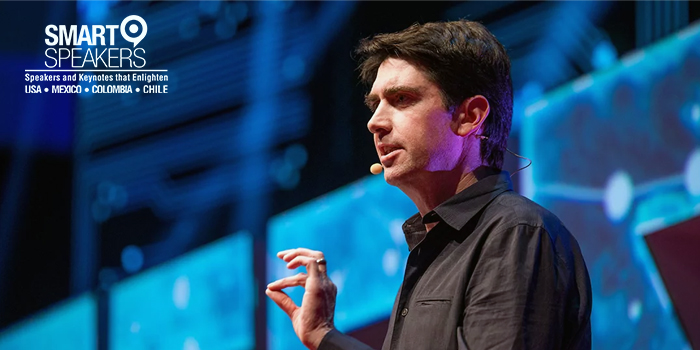 Adam Cheyer is a top technology speaker, AI expert, and entrepreneur. He co-founded Siri, which was acquired by Apple, and later co-founded Viv.

Adam Cheyer is co-founder and VP Engineering of Viv Labs, a startup whose goal is to simplify the world by providing an intelligent interface to everything. In October 2016, Viv was acquired by Samsung.

Previously, Adam was co-founder and VP Engineering at Siri, Inc. When Siri was acquired by Apple in 2010, he became a Director of Engineering in the iPhone/iOS group.

As a startup, Siri won the Innovative Web Technologies award at SXSW, and was chosen a Top Ten Emerging Technology by MIT’s Technology Review; Apple’s version of Siri was presented “Best Technical Achievement” at the 2011 Crunchies Awards, and is now available on hundreds of millions of devices.

Adam Cheyer is also a Founding Member and Advisor to Change.org (180M people taking action, victories every day), and a co-founder of Sentient.ai (solving the world’s hardest problems through massively-scaled machine learning).

As a researcher, Adam Cheyer authored 60 publications and 25 issued patents. At SRI International, he was Chief Architect of CALO, one of DARPA’s largest AI and machine learning projects. Adam graduated with highest honors from Brandeis University and received the “Outstanding Masters Student” from UCLA’s School of Engineering.

What is the Next Shift in Artificial Intelligence?