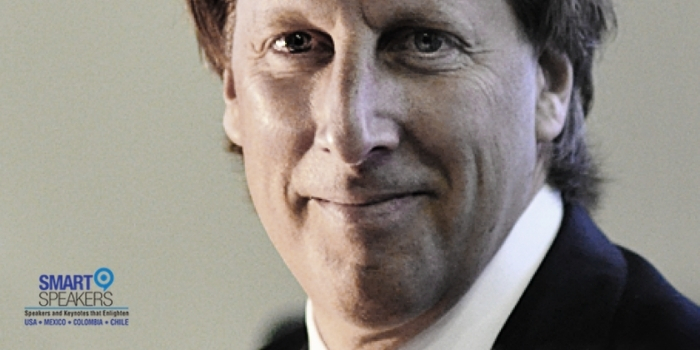 Rod Beckstrom is a well-known cybersecurity authority, Internet leader and expert on organizational leadership. He is the founding Director of the U.S. Government's National Cybersecurity Center.

Rod Beckstrom is a well-known cybersecurity authority, Internet leader and expert on organizational leadership. He is the former President and CEO of ICANN, founding Director of the U.S. Government's National Cybersecurity Center in the Department of Homeland Security and co-author of the critically acclaimed book, The Starfish and the Spider: The Unstoppable Power of Leaderless Organization. He currently serves as an advisor to multinational companies, governments and international institutions and is Vice Chair of the Global Council on the Future of the Internet at the Swiss-based World Economic Forum and is a frequent international media commentator and public speaker.

Rod Beckstrom created CAT S Software, a public risk management company, in his Stanford, California, garage apartment. As CEO, he grew it into a global enterprise and took it public on the NASDAQ before successfully merging it into another global organization. He has participated in founding numerous high-tech ventures, including Mergent Systems, a database company that was sold for $200 million within a year of its creation. Beckstrom co-founded or provided original backing for companies and organizations including Privada Inc. (backed by American Express and First Data), eMotion Inc. (acquired by Kodak), SV2, Kiva.org and American Legal Net.

A preeminent thinker on technology issues, Rod Beckstrom was named one of PC World's "Puppet Masters of the Internet" in April 2012 and included in "2012's Digital Power 50" by The Hollywood Reporter. In 2011 he was named a "Tech Titan" by The Washingtonian magazine, and in 2010, one of the "25 Most Influential People in Intellectual Property" by the American Lawyer. He is currently Vice Chairman of the Global Council on the Future of the Internet at the Swiss-based World Economic Forum. 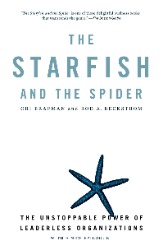 The Starfish and the Spider: The Unstoppable Power of Leaderless Organizations

If you cut off a spider's head, it dies; if you cut off a starfish's leg it grows a new one, and that leg can grow into an entirely new starfish. Traditional top-down organizations are like spiders, but now starfish organizations are changing the face of business and the world. The Starfish and the Spider explores what happens when starfish take on spiders and reveals how established companies and institutions are also learning how to incorporate starfish principles to achieve success.

The Starfish and the Spider | Rod Beckstrom | Talks at Google