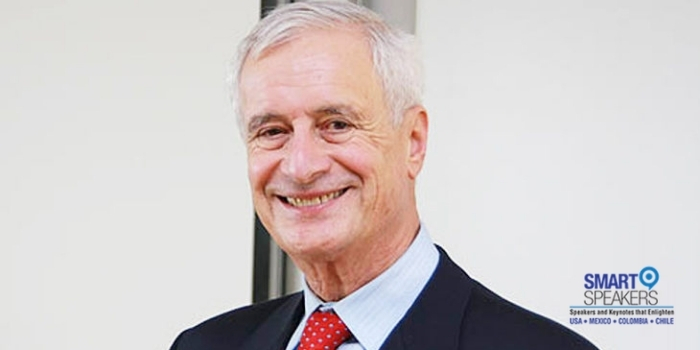 Robert Kaplan is the developer, along with David Norton, of the “Balanced Scorecard”, the revolutionary management model implemented by several thousand companies worldwide, which allows measuring and linking the performance of a company to its strategic objectives.

Robert S. Kaplan, Senior Fellow and Marvin Bower Professor of Leadership Development, Emeritus at the Harvard Business School, is co-developer of both activity-based costing (ABC) and the Balanced Scorecard (BSC). Kaplan joined the HBS faculty in 1984 after spending 16 years on the business school faculty at Carnegie-Mellon University, where he served as Dean from 1977 to 1983.

Robert Kaplan has authored or co-authored 14 books and more than 175 papers including 26 in Harvard Business Review. He has co-authored five books with David P. Norton: The Execution Premium: Linking Strategy to Operations for Competitive Advantage, Alignment, Strategy Maps (named as one of the top ten business books of 2004 by Strategy & Business and amazon.com), The Strategy-Focused Organization (named by Cap Gemini Ernst & Young as the best international business book for the year 2000), and The Balanced Scorecard: Translating Strategy into Action, which has been translated into 24 languages and won the 2001 Wildman Medal from the American Accounting Association (AAA) for its impact on practice.

Robert Kaplan received a B.S. and M.S. in Electrical Engineering from M.I.T., a Ph.D. in Operations Research from Cornell University, and honorary doctorates from several international universities. 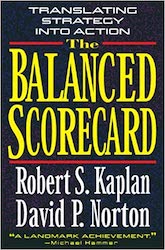 The Balanced Scorecard translates a company's vision and strategy into a coherent set of performance measures. The four perspectives of the scorecard--financial measures, customer knowledge, internal business processes, and learning and growth--offer a balance between short-term and long-term objectives, between outcomes desired and performance drivers of those outcomes, and between hard objective measures and softer, more subjective measures. 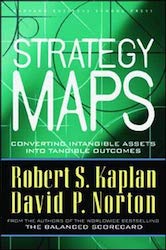 The authors show how companies can use strategy maps to link those processes to desired outcomes; evaluate, measure, and improve the processes most critical to success; and target investments in human, informational, and organizational capital. Providing a visual "aha!" for executives everywhere who can't figure out why their strategy isn't working, Strategy Maps is a blueprint any organization can follow to align processes, people, and information technology for superior performance. 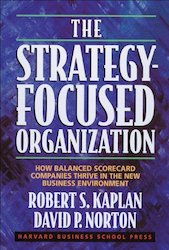 The Strategy-Focused Organization: How Balanced Scorecard Companies Thrive in the New Business Environment

Kaplan and Norton articulate the five key principles required for building strategy-focused organizations: 1) translate the strategy into operational terms, 2) align the organization to the strategy, 3) make strategy everyone's everyday job, 4) make strategy a continual process, and 5) mobilize change through strong, effective leadership. The authors provide a detailed account of how a range of organizations in the private, public, and nonprofit sectors have deployed these principles to achieve breakthrough, sustainable performance improvements.