Ram Charan is a world-renowned business advisor, author and speaker who has spent the past 35 years working with many of the top companies, CEOs, and boards of our time.

Ram Charan’s work takes him around the globe non-stop and gives him an unparalleled, up-to-date insider view of how economies and leading companies operate. Through keen observation and analysis, Charan forms powerful insights that help business leaders face their toughest challenges in the areas of growth, talent development, corporate governance, and profitability.

Ram Charan was elected a Distinguished Fellow of the National Academy of Human Resources and has served on the Blue Ribbon Commission on Corporate Governance. He has served on the boards of Hindalco in India, Emaar, Austin Industries, Tyco Electronics, and Fischer and Porter. Charan’s book, Global Tilt, is a guide to leading your business through the radical shift in economic power currently underway.

Ram Charan has authored over 25 books since 1998 that have sold over 2 million copies in more than a dozen languages. Three of his books were Wall Street Journal bestsellers, including Execution, which he co-authored with former Honeywell CEO Larry Bossidy in 2002, which spent more than 150 weeks on the New York Times bestseller list. He also has written for publications including Harvard Business Review, Fortune, BusinessWeek, Time, Chief Executive and USA TODAY. 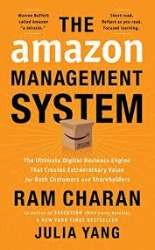 The Amazon Management System: The Ultimate Digital Business Engine That Creates Extraordinary Value For Both Customers And Shareholders

Amazon’s trillion-dollar success is the envy of everyone, but achievable by anyone. What has propelled their record streak of growth? It’s as simple as six building blocks distilled by Ram Charan and Julia Yang. From their high-velocity decision-making to their top talent hiring practices, the insider secrets behind Amazon’s success are now within anyone’s grasp, block by block. 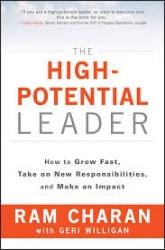 The High Potential Leader: How to Grow Fast, Take on New Responsibilities, and Make an Impact

Ram Charan explains how those with leadership potential can know who they are, create their individual paths, and accelerate their growth. He also helps top management and HR professionals spot hipos and support development of the skills, judgment and mental capacity they will need at the highest organizational levels. 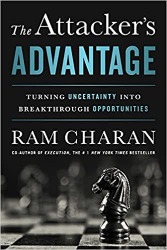 Charan demonstrates the huge upside offered by structural uncertainty and provides the concepts and tools—such as being able to spot the catalysts of disruption, building organizational preparedness, developing a financial understanding of the consequences—to take advantage of forces that are creating new customer needs, market segments and ways to make money.