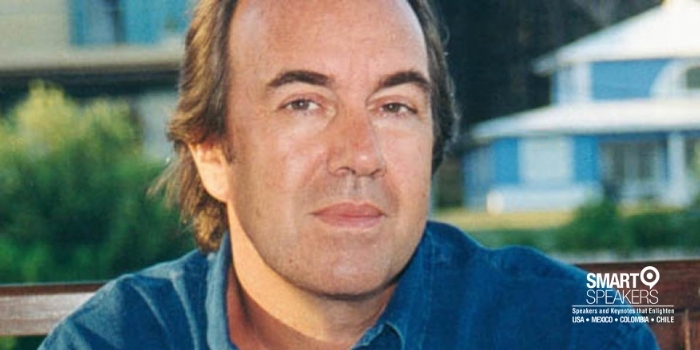 Nando Parrado is one of the survivors of the plane crash in the Andes Mountains in 1972 who, with great courage, crossed the mountain range from Argentina to Chile on foot so that his 15 lost and abandoned friends could be rescued.

In 1972, Nando Parrado and his teammates were traveling to Chile to participate in an international rugby exhibition. Their flight never arrived at its destination; it tragically crashed at 18,000 feet in the Andes Mountains.

In the two-and-a-half months that followed, Nando Parrado’s life was changed completely. His mother and younger sister were killed in the accident. He made a superhuman effort, survived for 72 days, and found his way out of the Andes, after a 10-day snowy trek through the mountains with his friend Roberto Canessa.

Soon after the rescue of the survivors because of the epic passage of Nando Parrado and Roberto, the survivors worked with Piers Paul Read to write the bestseller, Alive. Twenty years later, Parrado served as the technical advisor in the production of the film, Alive, where he was played by Ethan Hawke.

Nando Parrado began to speak about his experiences in the Andes in 1992, when he was invited to address the Young Presidents’ Organization. After speaking to several multinational companies, Parrado transformed himself into one of the most unique speakers in the world. He has spoken to audiences in the United States, Latin America, Europe, Asia, and Australia.

Nando Parrado, a sportsman, seminar leader, and president of several companies, uses his experience surviving in the Andes — the most hostile environment on the planet, to articulate innovative strategies for those that need to scale personal or business mountains in the twenty-first century. 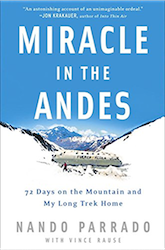 Miracle in the Andes: 72 Days on the Mountain and My Long Trek Home

Miracle in the Andes—a first person account of a crash and its aftermath—is more than a riveting tale of true-life adventure: it is a revealing look at life at the edge of death and a meditation on the limitless redemptive power of love. 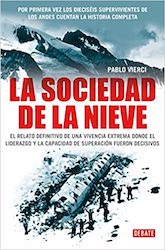 This is the definitive book about the survivors in the Andes. The biggest story that was never told. Each survivor gives his or her personal testimony and tells how the accident has influenced life, both then and now.