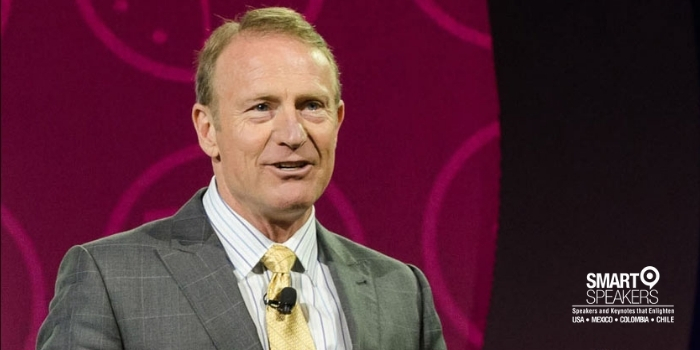 Mark Thompson is an expert on executive leadership, business strategy and innovation who has spent over 25 years leading teams and building companies from the ground up. He delivers actionable, valuable and practical advice for leaders at all levels of an organization.

Forbes Magazine says Mark Thompson has the ‘Midas’ touch as a sought after coach, speaker, and venture investor. His New York Times bestselling books include: Admired: 21 Ways to Double Your Value; Now Build a Great Business; and Success Built to Last – Creating a Life that Matters. Thompson is also an Innovation Leadership columnist for Forbes.com, Inc.com, and FastCompany.com. His most recent bestseller Admired is a primer on how the world’s “Most Admired Companies” achieve long-term success and growth as well as the qualities that are common to “Most Admired Leaders”.

Mark Thompson was Charles Schwab’s former Chief of Staff and Chief Customer Experience Officer, and the Executive Producer of Schwab.com which today has assets over $3 trillion. He is a co-founding advisor of Sir Richard Branson’s Entrepreneurship Centres. He is a founding advisor of the Stanford Realtime Venture Design Lab, and served as a visiting scholar at his alma mater, Stanford University, and adjunct faculty at the World Economic Forum, World Business Forum, and John F. Kennedy University.

A successful venture capitalist over the last two decades, Mark Thompson was an early investor in companies like Facebook, Netflix and founding board member of Esurance. He has been a Board Member for many well-known technology, biotech and retail companies, including Best Buy, Korn Ferry, and Interwoven (now owned by HP). He was the Chairman of the Board for Rioport, which popularized the MP3 player prior to the iPod.

Among Mark Thompson’s passions are music and Broadway. Mark serves as a founding Board of Directors member for Smule, the top music app company on iTunes which has over 125 million users worldwide. As a Broadway producer, Mark’s plays have earned ten nominations and five Tony Awards. 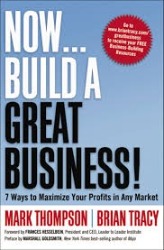 A revolutionary book whose ideas are as inspiring and thought-provoking as they are accessible practical-and proven to deliver results. Now, Build a Great Business! reveals a series of seven powerful principles that will change your business for the better. 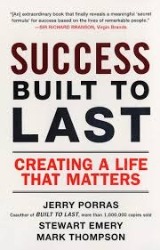 Discover how successful people “harvest” their strengths and their weaknesses, their victories and their surprising failures. Discover how you can find meaning in your life and work just as they did. Above all, see how they’ve sustained success for decades and you can too. 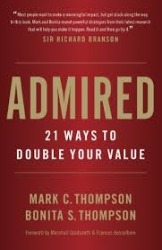 Admired—21 Ways To Double Your Value

In this book, you’ll find 21 simple and powerful strategies that will help you become more valued in a crowded and competitive world—not in a superficial way or just for its own sake—but for what matters most to you and to the most valuable people (MVPs) in your life and work.”

Creating a Life that Matters | Mark Thompson | Talks at Google