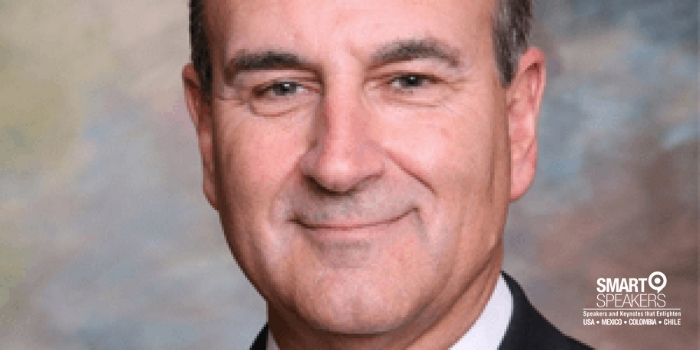 John Mattone is a leadership guru and an authority on human talent management, recognized by the prestigious Thinkers50 list as one of the most important figures of the moment. Mattone was Steve Jobs's personal coach.

John Mattone is the creator of the unique, powerful, and game-changing Intelligent Leadership (IL) Executive Coaching philosophy and process. Since 2012, Mattone has used his proprietary coaching methodology with more than 50 global CEOs, top government leaders and professional athletes to help them become stronger, more effective, and vibrant leaders and people. He served as the executive coach to the late Steve Jobs, as well as to the former, legendary CEO of PepsiCo, Roger Enrico.

John Mattone is the creator of John Mattone University (JMU), which offers the unique and game-changing Intelligent Leadership (IL) Executive Coaching blueprint for success – accredited by the International Coach Federation. Since 2017, Mattone has personally mentored over 450 global executive coaches from 52 countries in his proprietary IL philosophy, process and tools.

John Mattone is the founder and CEO of John Mattone-Global, one of the fastest-growing leadership consulting firms in the world. Prior to this, he was the President of Executive Development Associates, Inc., and Vice President of Sales for Drake Beam Morin. Before joining DBM, Mattone spent 10 years building his first successful consulting firm, Human Resources International.

John Mattone has spoken at some of the world’s most prestigious business and leadership conclaves, including the World Business Forum and World of Business Ideas alongside the likes of Richard Branson, Steve Wozniak, Steve Forbes and other world leadership icons. 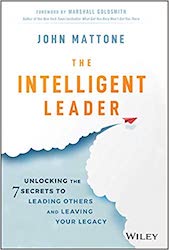 The Intelligent Leader: Unlocking the 7 Secrets to Leading Others and Leaving Your Legacy

John Mattone has found a solution to this leadership paradox and developed an approach that cuts right to the core of what holds leaders and aspiring leaders back from greatness. Mattone’s secrets are no longer being shared exclusively in boardrooms and executive suites, but are now available to anyone who wants to unlock their leadership potential in his newest book, The Intelligent Leader. 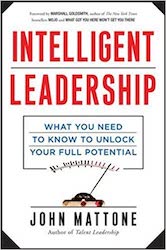 Intelligent Leadership: What You Need to Know to Unlock Your Full Potential

Intelligent Leadership helps readers calibrate their abilities so they can simultaneously focus on their strengths and--equally important--address their weaknesses. The goal is to improve key tactical competencies (such as critical and strategic thinking, decision-making, talent and team leadership, and communication) and integrate them with often ignored or under-utilized inner traits like values, character, and beliefs in order to achieve their leadership potential. 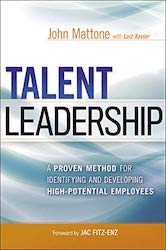 Talent Leadership teaches readers how to employ assessments to benchmark current and future executive talent, how to use the resulting data to identify leaders with potential, and how to leverage analysis to target training and coaching where they will have the greatest impact.