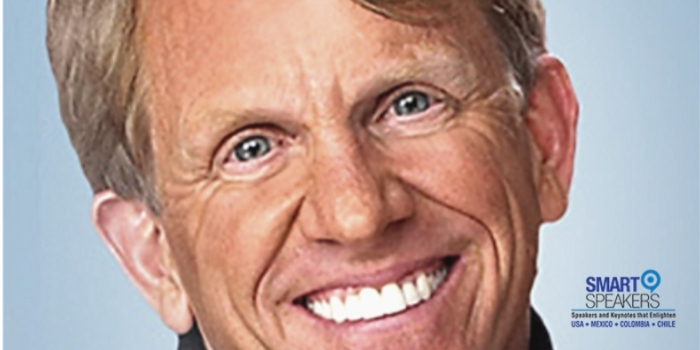 Harry Beckwith is an acclaimed international speaker, Sales and Marketing expert, and author of the New York Times best-seller Selling the Invisible

One of the world’s most respected branding strategists, Harry Beckwith has led major marketing initiatives for numerous Fortune 200 companies, including Target, Wells Fargo, Merck and IBM,  work that has won the American Marketing Association`s highest award.

Harry Beckwith also is an internationally acclaimed keynote speaker. Over 94% of audience members -- in cities including Bombay, Beijing, and Bogota, and for clients including Microsoft, Hewlett-Packard and ABC -- have awarded his presentations perfect scores.

Harry Beckwith has been cited as a marketing expert on topics ranging from the White House’s handling of the invasion of Iraq to the branding of Canada and the future of Fannie Mae, for sources including CNN, Inc., Business Week, Crain's New York Business, Business 2.0, and The Wall Street Journal.

Harry Beckwith’s first book, Selling the Invisible, spent an unprecedented 36 consecutive months on the Business Week bestseller list and was recently named one of the top ten business and management books of all time. Total sales have surpassed 600,000 copies in 24 translations, and the book is a required text for many business students worldwide. His subsequent books, The Invisible Touch and What Clients Love, have sold over 170,000 copies in the United States and been translated into 16 languages. His reading of What Clients Love was named one of 2003’s top five business and educational audio books.

Harry Beckwith graduated Phi Beta Kappa from Stanford University, winning the national collegiate journalism award as a freshman. He later served as Editor-in-Chief of Oregon Law Review, the school's highest honor, and as a law clerk to a federal judge. Beckwith left the practice of law in 1980, and four years later was named creative supervisor of Carmichael-Lynch -- the fastest promotion in the history of the firm that Advertising Age has honored four times as the country's most creative mid-sized agency. 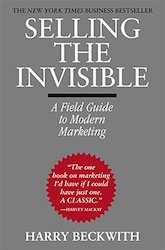 Selling the Invisible: A Field Guide to Modern Marketing

Selling the invisible is a succinct and often entertaining look at the unique characteristics of services and their prospects, and how any service, from a home-based consultancy to a multinational brokerage, can turn more prospects into clients and keep them. Selling the invisible covers service marketing from start to finish. 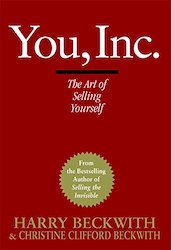 You, Inc.: The Art of Selling Yourself

In You, Inc. Beckwith provides practical tips, anecdotes and insights based on his 30 years of marketing and selling his advertising services. Beckwith relates tantalizing tidbits and real stories of how to harness your enthusiasm with an ability to impress your key accounts.