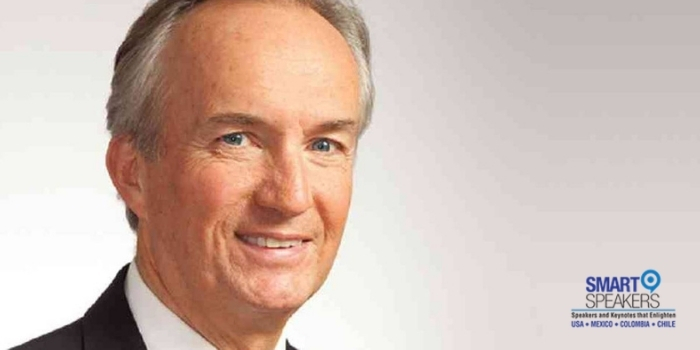 Don Peppers has been recognized for over a decade as the ultimate authority on CRM. He is the author of a series of best sellers that, combined, have sold more than a million copies around the world.

Don Peppers is globally known for helping companies make customer trust a driving competitive advantage. With over 25 years of experience speaking and consulting on customer-centric strategy, Peppers has been ranked #1 on Satmetrix’s list of top customer experience authorities, and he is one of the most widely followed LinkedIn influencers on the topic.

Don Peppers and his business partner, Dr. Martha Rogers, have written nine books on how to prepare for game-changing trends before they go mainstream. Their first book, The One to One Future was a trailblazing look at what eventually became the CRM movement. Their books have been translated into 18 languages and collectively have sold more than a million copies. Peppers has a popular voice in the worldwide media, with contributions to both the Harvard Business Review and the McKinsey Quarterly.

Don Pepper’s vision, perspective and thoughtful analysis of global business practices have earned him some significant citations by internationally recognized entities. Business 2.0 Magazine named him one of the 19 “foremost business gurus of our times,” and Accenture’s Institute for Strategic Change listed him as one of the 50 “most important living business thinkers” in the world. The Times of London has listed him among its “Top 50 Business Brains,” and the UK’s Chartered Institute for Marketing included him in its inaugural listing of the 50 “most influential thinkers in marketing and business today.”

Don Peppers has delivered over 1,000 keynotes, traveling to more than 60 countries on 6 continents and his counsel is regularly sought by Fortune 500 executives and entrepreneurs. His compelling, clear and concise way of articulating his insights places him in high demand as both a speaker and a management advisor.

Technology is raising customer expectations, and now you’re competing with Amazon, Apple, JetBlue, and Amex. Four strategies for succeeding in the transparent future.

How To Make Data-driven Decisions Without A Statistics Degree

Anticipate human biases, avoid statistical errors, and recognize the limits of the data you have. Learn how to talk with your customer analysts, without equations.

Customer Advocacy: Recruiting Your Best Customers To The Sales Team

The pinnacle of Customer Success Management is customer advocacy. Discover how to create emotional, human bonds with customers, at scale, and leapfrog your competitors to own the category.

Are You Loyal To Your Customers? 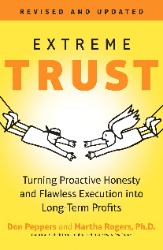 With Extreme Trust, they look to the future once again, predicting that rising levels of transparency will require companies to protect the interests of their customers and employees proactively, even when it sometimes costs money in the short term.

The One to One Future

The One to One takes readers step-by-step through the latest strategies needed for any business to compete, and succeed, in the Interactive Age.

Don Peppers - Empathy as a business imperative in times of crisis