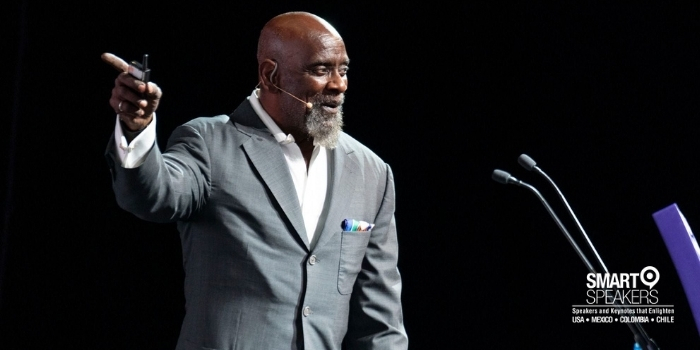 Chris Gardner is a successful entrepreneur, author, philanthropist and motivational speaker. His book, The Pursuit of Happyness, became a best seller and was later turned into an Academy Award nominated movie starring Will Smith.

Chris Gardner is an entrepreneur, author, philanthropist and inspirational and motivational speaker. Gardner draws on his extraordinary life story to share the lessons he has learned for overcoming adversity and improving performance. This life story became an autobiography, The Pursuit of Happyness, a New York Times and Washington Post #1 bestseller as well as an Academy Award nominated movie starring Will Smith.

Chris Gardner comes from the hardest of backgrounds, with poverty, domestic violence and sexual abuse being just some of the challenges he has had to overcome. After a spell in the Navy, he worked as a medical research associate. When his son Christopher Jr. was born, he began to apply for training programs at brokerages despite having no experience. When Christopher’s mother left him Gardner fought to keep his son, determined that he would not grow up without a father as Gardner himself had done.

Despite earning a place on the Dean Witter Reynolds training program, Chris Gardner became homeless, as he could not afford rent from his training salary. Nonetheless he managed to gain a place at Bear Stearns & Co. where he was a top earner, and then founded his own brokerage firm Gardner Rich with just $10,000 of start-up capital. He sold his share in this firm in a multimillion-dollar deal and is currently CEO of Christopher Gardner International Holdings.

Chris Gardner’s experience of homelessness and being a single parent has led to his involvement with many philanthropic organizations, including the National Followed Initiative, the National Education Association Foundation and the International Rescue Committee. Gardner has won many awards for his work, including the NAACP Image Award for the book and movie versions of his autobiography, the Los Angeles Commission on Assaults Against Women Humanitarian Award and The Continental Africa Chamber’s Friends of Africa Award.

Chris Gardner’s trajectory in both the business and philanthropic worlds have made him much in demand, with appearances on CNN, CNBC, Fox News, Oprah and The View to name a few. In print media he has been featured in People, USA Today, The New York Times, Fortune, Entrepreneur, Reader’s Digest, Chicago Tribune, San Francisco Chronicle and The New York Post, amongst many others. 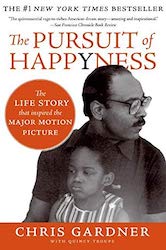 The Pursuit of Happyness

More than a memoir of Chris Gardner's financial success, this is the story of a man who breaks his own family's cycle of men abandoning their children. Mythic, triumphant, and unstintingly honest, The Pursuit of Happyness appeals to the very essence of the American Dream. 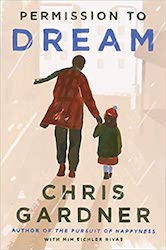 A true fable, Permission to Dream is a timeless and timely manifesto for turning dreams into action—beginning right now.

Pursuit of Happyness with Chris Gardner | Not Almost There Podcast

Chris Gardner Keynote: Somewhere in the World | WE Day Illinois 2018