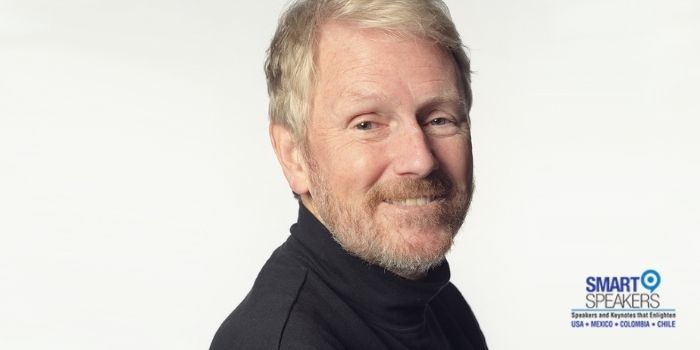 Bo Burlingham is the influential editor-at-large of Inc Magazine and author of business best-sellers such as Small Giants and Finish Big.

Bo Burlingham is an editor-at-large of Inc. magazine and the author of five books, the most recent being Finish Big: How Great Entrepreneurs Exit Their Companies on Top. A previous book, Small Giants: Companies That Choose To Be Great Instead of Big, was one of five finalists for the 2006 Financial Times/Goldman Sachs Business Book of the Year award.

Bo Burlingham joined Inc. in January 1983 as a senior editor and became executive editor six months later. As executive editor, he was involved in much of the magazine’s early coverage of innovative companies that have since emerged as leaders of the so-called New Economy. In 1990, he resigned that position so that he could do more writing and assumed the title of editor-at-large.

Subsequently, Bo Burlingham wrote two books with Jack Stack, the co-founder and CEO of SRC Holdings Corp. and the pioneer of open-book management. One of the books, The Great Game of Business, introduced the concept of open-book management, has sold more than 300,000 copies, and was named one of “the 100 best business books of all time.” The other, A Stake in the Outcome, recounted how SRC built its culture of ownership while developing the business model that has allowed it to grow from $16 million to $600 million in revenue as of this writing.

Bo Burlingham also co-authors with Norm Brodsky the popular column in Inc. called “Street Smarts,” which was the winner of a gold Azbee award from the American Society of Business Publication Editors in 2008, and a finalist for a National Magazine Award in 2006 and 2008. He and Brodsky also wrote The Knack: How Street-Smart Entrepreneurs Learn to Handle Whatever Comes Up (later changed to Street Smarts: An All-Purpose Tool Kit for Entrepreneurs).

A former Fulbright Scholar and a Woodrow Wilson Fellow, Bo Burlingham graduated from Princeton University in 1967 with a B.A. in public and international affairs. He subsequently served as managing editor of Ramparts magazine, contributing editor of New Times magazine, and a member of the editorial board of Working Papers, and wrote for numerous publications, including Harper’s, Esquire, Mother Jones, The Boston Globe, and Boston magazine.

In the early 1980s, Bo Burlingham joined Fidelity Investments, the mutual fund company, where he worked with fund managers and top executives, including Peter Lynch. Burlingham was a founding member, with Tom Peters, of PAC/World, an international organization of business leaders and observers. He served on the board of The Body Shop Inc., the U.S. subsidiary of the international skin and hair care company, from 1992 to 1997.

Finish Big: Why You Should Be Thinking NOW About Your Eventual Exit

Building a company with the end in mind will force you to ask questions that otherwise might not occur to you. You’ll begin to view your company as a product, and you’ll identify the best practices that will make it a top-of-the-line product. In this presentation, Bo Burlingham explains what those best practices are, and shows how adopting them will give you a better, stronger business while you’re still there.

Small Giants: Companies That Choose To Be Great Instead of Big

What exactly is it that makes a company great? He found that they all had what he calls mojo—an elusive quality that makes them irresistible to customers and employees alike. Their mojo, he showed, comes from six characteristics they have in common. In this presentation, Burlingham talks about those characteristics and describes the specific techniques that companies use to generate mojo.

Trust-and-Track: Unlocking the Power and Profit of Open-Book Management

In this talk, Burlingham explains the concepts and techniques that have fueled a 397,000 percent rise in SRC Holdings (formerly Springfield ReManufactur-ing)’s stock value over the past 30 years and that have been successfully adopted by thousands of other companies around the world. 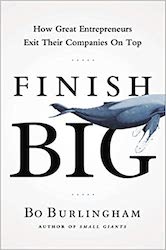 Finish Big: How Great Entrepreneurs Exit Their Companies on Top

Through his stories, Burlingham offers an illuminating and inspirational guide to one of the most stressful, and yet potentially rewarding processes business owners must go through. And he explores the emotional challenges they face at every step of the way. 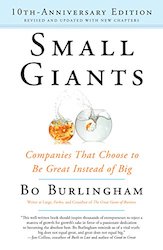 Small Giants: Companies That Choose to Be Great Instead of Big

Burlingham shows how the leaders of these small giants recognized the full range of choices they had about the type of company they could create. And he shows how we can all benefit by questioning the usual definitions of business success. In his new afterward, Burlingham reflects on the similarities and learning lessons from the small giants he covers in the book. 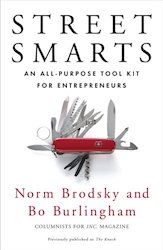 Brodsky shares his hard-earned wisdom every month in Inc. magazine, in the hugely popular "Street Smarts" column he co-writes with Bo Burlingham. Now they've adapted their best advice into a comprehensive guide for anyone running a small business.