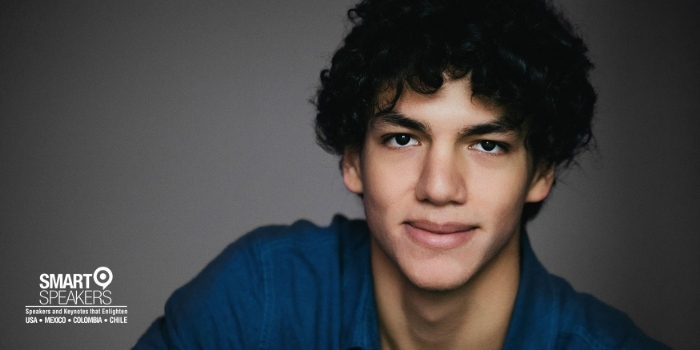 Isaac Hernández is a Mexican ballet dancer and actor that changed the perception of the art of dance in the country. In 2018 he won the Prix Benois de la Danse, the first Mexican dancer to win the award.

Isaac Hernández is the only dancer who at age 14 has won the Youth American Grand Prix two years in a row. His achievements as a ballet dancer have brought Hernández international attention and recognition.

Born in Guadalajara to professional dancers, Isaac Hernández was trained by his parents since he was 8 years old and received multiple scholarship offers by prestigious schools from an early age.

Isaac Hernández joined the San Francisco Ballet in 2008, where he quickly became the corps’ soloist until 2012, when he moved to Amsterdam to join the Dutch National Ballet, also as a soloist. Hernández later joined the English National Ballet as lead principal in 2015.

In 2018, Isaac Hernández was nominated to the Prix Benois de la Danse, the most prestigious award in dance, which he won for his performances in Don Quixote with the Rome Opera Ballet and La Sylphide with the English National Ballet becoming the first Mexican ballet dancer to win the distinguished award.

Isaac Hernández has founded a youth-focused non-profit organization in Mexico and the first free ballet school in the country; he is an arts and tourism ambassador of Mexico and is the youngest artist there to receive an outstanding artist award from the Mexican President.