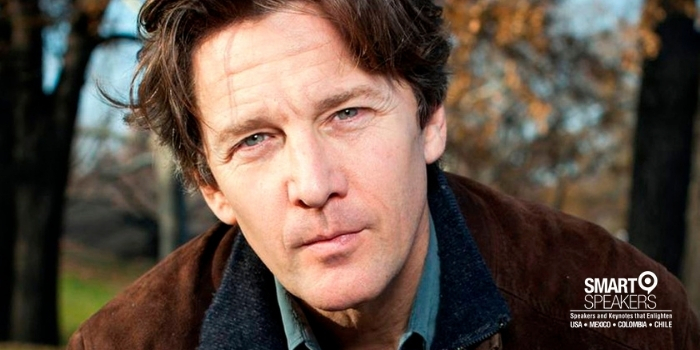 Andrew McCarthy is an acclaimed movie, TV and Broadway actor, with credits on mega-hits such as Orange is the New Black, Gossip Girl and Pretty in Pink. McCarthy is also a highly-regarded writer and director.

Andrew McCarthy is a director, award winning travel writer and actor. McCarthy has starred on Broadway and on television, appearing on numerous shows including Lipstick Jungle, Stephen King’s Kingdom Hospital, and Law & Order. He is also a highly-regarded television director, having worked on The Blacklist, Orange is the New Black, Alpha House, Black Box, Gossip Girl and White Collar, among others.

Andrew McCarthy made his professional debut at 19 while attending New York University as a theatre major in Class, with Rob Lowe and Jaqueline Bisset. McCarthy has since appeared in dozens of films, including The Spiderwick Chronicles and The Joy Luck Club, as well as iconic movies such as Pretty in Pink, St. Elmo’s Fire, Less Than Zero, and cult favorites Weekend At Bernie’s and Mannequin. He has starred in over two dozen movies, acted in numerous TV shows, and appeared on Broadway as well. McCarthy was known as a member of the 1980s “Brat Pack” of young actors that included Anthony Michael Hall, Rob Lowe, Demi Moore, Molly Ringwald and Ally Sheedy.

Andrew McCarthy is an award-winning travel writer. He is an editor-at-large at National Geographic Traveler, and has written for The New York Times, The Wall Street Journal, The Los Angeles Times, The Atlantic, Travel+Leisure, AFAR, Men’s Journal, Bon Appetit, and many others.

Andrew McCarthy has received six Lowell Thomas awards, and been named Travel Journalist of the Year by The Society of American Travel Writers. His travel memoir, The Longest Way Home, became a New York Times Best Seller, and the Financial Times of London named it one of the Best Books of 2012. In the fall of 2014 his work appeared in the Best American Travel series. His debut novel for young adults, Just Fly Away, was published in March 2017.

A personal reflection of Andrew McCarthy’s journey from acting, to travel writing, to directing where he encourages audiences to find their passion and push their boundaries. Audiences will look at life through a new lens after Andrew’s engaging stories and personal experiences of confusion, complacency, and eventually triumph.

Andrew McCarthy also speaks on his personal experiences with travel, directing, and recovery. 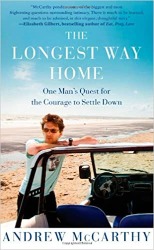 The Longest Way Home: One Man's Quest for the Courage to Settle Down

With absorbing honesty and an irrepressible taste for adventure, award-winning travel writer and actor Andrew McCarthy takes us on a deeply personal journey played out amid some of the 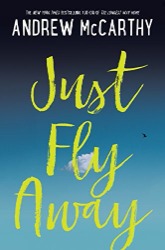 Just Fly Away is award-winning writer, actor, and director Andrew McCarthy’s debut YA novel about family secrets, first love, the limits of forgiveness, and finding one’s way in the world.

Andrew McCarthy: Actor, Director and Writer - How travel has helped him face his fears