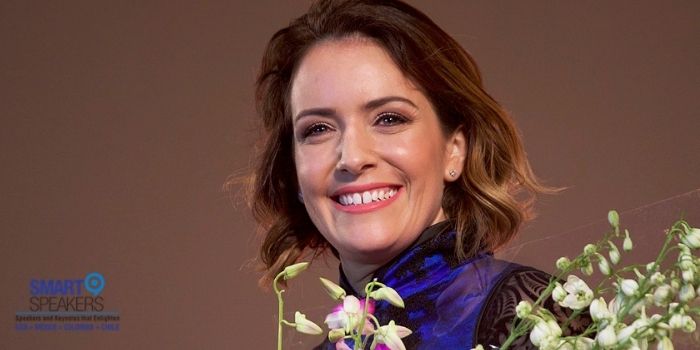 Alondra de la Parra is the most famous Mexican conductor of our time. She is the founder and Artistic Director of the Philharmonic Orchestra of the Americas.

Alondra de la Parra is an official Cultural Ambassador of Mexico, where she saw platinum-level sales of her first album “Mi Alma Mexicana” and, in March 2017, was named international brand ambassador for Mercedes-Benz. Since July 2017, Deutsche Welle broadcasts ‘Musica Maestra’, a new classical format featuring De la Parra as both protagonist and reporter in a series of several web videos and television shows.

Alondra de la Parra founded the Philharmonic Orchestra of the Americas (POA) in 2004, when she was 23. Her mission was to create an orchestra that would serve as a platform to showcase young performers and composers from the Americas, giving music from the Americas an unquestioned place in the standard orchestral repertoire.

‘Mi Alma Mexicana’ (‘My Mexican Soul’ released in 2010 by Sony Classical), her debut album with POA celebrating Mexico’s Bicentennial Anniversary, reached the top 10 of the US Billboard Classical Chart and was the first classical recording to earn Platinum Status in Mexico less than two months after release in over a decade.