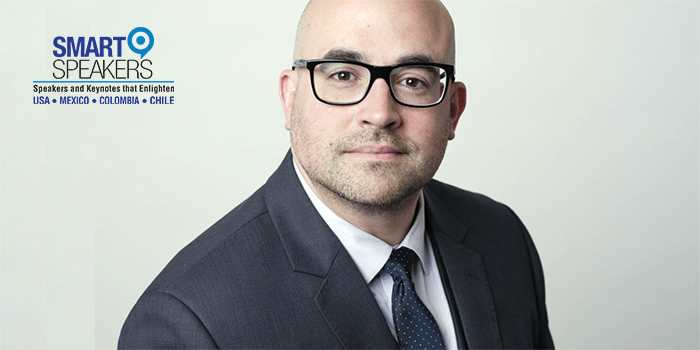 José Morey, M.D. lives where cutting-edge technology meets lifesaving medicine. He has worked as a consultant for companies like IBM and NASA and serves as the Chief Medical Innovation Officer at Liberty BioSecurity.

José Morey's areas of impact and innovation range from the 2030 Mars Mission to the IBM Watson supercomputer. He has helped to develop the world’s first augmented reality train windows, where passengers can see the weather report and news headlines in addition to sunsets and landscapes.

Known as the world’s first Intergalactic Doctor, José Morey explores the edge of possibility to solve problems before most see them coming. He serves as the Medical Technology and Artificial Intelligence Adviser for NASA iTech, a special incubator tasked with solving the key problem areas where NASA lacks.

Morey is a member of the Forbes Technology Council, a congregation of the world’s leading technology minds joining together to change the world. Additionally, José Morey sits on several AI advisory boards and has published dozens of peer reviewed articles and lectures. He has lectured for the Radiologic Society of North America, the Senate of the Commonwealth of Puerto Rico, NASA360 and Frost & Sullivan Executive MindXchange. As a professor, he has worked for the University of Virginia and Eastern Virginia Medical School.

“A Time of Magic”