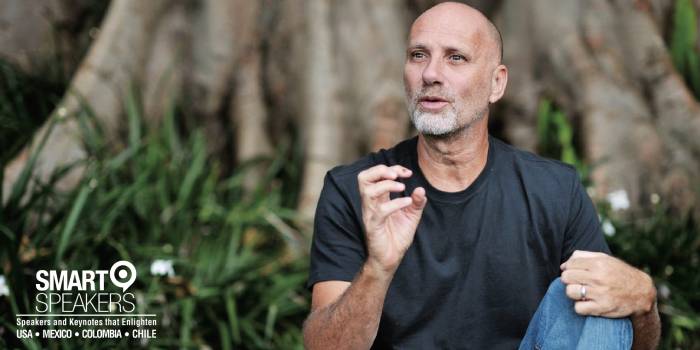 In the midst of the uncharted Amazon, after losing his three companions, Yossi Ghinsberg was tested to the extreme. Alone and bare to the bone, for three harrowing weeks he battled to survive against all odds.

However, Yossi Ghinsberg lived to tell the amazing story. As well as how the ordeal profoundly affected his understanding of himself and his life purpose.

Ten years later Yossi Ghinsberg returned to the Amazon and made it his home. Working with indigenous forest dwellers for three years they built Cha-la-lan, a model eco-tourism village that inspired the entire world. The following decade of his life he dedicated to the treatment and rehabilitation of opiate addicts across the globe.

Author of the international best-seller 'Jungle', Yossi’s amazing journey has been made into a full-length
feature film starring Daniel Radcliffe. He now travels the planet sharing his messages on vision, hope, survival and the inevitability of change. 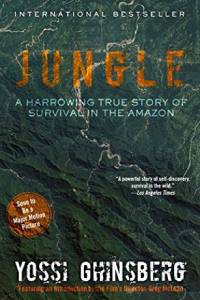 Four travelers meet in Bolivia and set off into the heart of the Amazon rainforest, but what begins as a dream adventure quickly deteriorates into a dangerous nightmare, and after weeks of wandering in the dense undergrowth, the four backpackers split up into two groups. But when a terrible rafting accident separates him from his partner, Yossi is forced to survive for weeks alone against one of the wildest backdrops on the planet. Stranded without a knife, map, or survival training, he must improvise shelter and forage for wild fruit to survive. As his feet begin to rot during raging storms, as he loses all sense of direction, and as he begins to lose all hope, he wonders whether he will make it out of the jungle alive.

-The Power To Survive

-Innovation: In Flux, In Flow