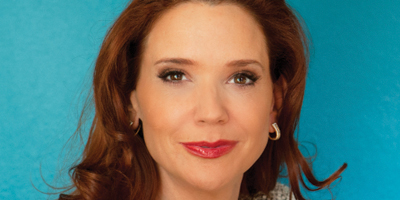 She is an international keynote speaker, with proprietary research published by both HarperCollins and Penguin. Using her science-based Fascinate system, she teaches how to instantly persuade and captivate in a world with a 9-second attention span.

In her early 20s, Sally Hogshead was named “the most successful junior copywriter of all time.” During her early career in marketing, her work won hundreds of awards for creativity and effectiveness. At age 27, she founded her first ad agency, and next, founded the West Coast office of the illustrious agency CP+B. Clients have included Nike, Coca-Cola, Godiva, Aflac, and MINI Cooper. Today, an expert of persuasion and personal branding, Sally frequently appears in national media including NBC’s Today Show and the New York Times. The press has described her as “the marketing mistress of fascination” who has “changed the face of North American advertising.” Reality TV show Making It Big dedicated an episode to Sally’s leadership and creativity. She is frequently described as an ”icon.” In 2010 and 2011, Sally led “Project Fascinate” for the Jägermeister brand. Within months, Jägermeister was named one of the “Hottest Global Brands” by Advertising Age. Sally’s internationally-acclaimed book, FASCINATE: Your 7 Triggers to Persuasion and Captivation, has been translated into 14 languages, with praise from thought leaders such as Seth Godin and Tom Peters. In 2006 Sally began her research on fascination, including a groundbreaking national study by a global market research firm Kelton Research.

Her research uncovered that the average attention span is now only 9 seconds, and that the brain is hardwired to focus on 7 specific types of messages. Sally Hogshead is the creator of The Fascination Advantage test, formerly known as the F-Score, the world’s first test that measures how a person fascinates. Unlike Myers-Briggs or StrengthsFinder, this test is not about how you perceive the world— but how the world perceives you. The Fascination Advantage test has helped over 80,000 participants discover their natural strengths of persuasion.