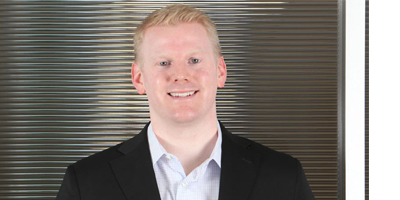 Kevin Colleran began his career at Facebook in early 2005 as one of its first 7 employees and the very first advertising sales person. At that time, Facebook (known as TheFacebook) was a small, US based English language website comprised of less than 1 million college students. Working from Facebook's East Coast Headquarters (Colleran's 1 bedroom apartment in NYC), Kevin focused on building Facebook's first advertising partnerships while helping to establish social media as an essential component of every brand's marketing strategy. Colleran spent more than 6-and-a-half years at Facebook becoming the most tenured employee other than Founder and CEO Mark Zuckerberg. During his career at Facebook, Colleran led some of the company's largest advertising partnerships with brands like Procter & Gamble, Johnson & Johnson, and Coca Cola. Sean Parker, Facebook's Founding President, called Colleran "one of the best hires I ever made". Colleran was Facebook's first and longest serving East Coast employee, named one of New York's '100 Coolest Tech People' by Business Insider in 2010.

Colleran's main focus during his tenure at Facebook was to help the world's largest companies and the most well-known brands learn how to evolve their marketing strategies in order to adapt to the rising popularity of social media. Colleran helped establish the very first Facebook brand pages for iconic global brands like Coca Cola (which now has over 40million Fans). Colleran spent his career traveling the world meeting with brand managers, advertising agencies, and global CMOs to help them better understand the new marketing opportunities that Social Media offered to their brands. Prior to Facebook, Colleran had been a lifelong entrepreneur winning many National Entrepreneur of the Year awards while in high school and college. Colleran's various internet 1.0 companies included StartingPage.com, LiveService.com, and PhotoMasterpieces.
While in college in Boston, Kevin Colleran co-Founded BlabberForce Enterprises, a company that recruited student entrepreneurs on college campuses (called 'Blabbermouths') and gave them the tools to start their own grassroots marketing companies on their own campuses. After college, Colleran worked as a consultant with BMG Music in NY where he launched a music sponsorship company that focused on artists signed to the Arista and RCA record labels. Colleran is now based in Boston, Massachusetts where he is a Venture Partner with a major Venture Capital firm investing in new technology companies. Colleran is also a member of a group of early Facebook executives and co-Founders who are known as the "Facebook Mafia" because of their early Seed and Angel capital investments within the social media space. Colleran is also a member of the Advisory Boards for many well-known companies like Buddy Media, Facebook Causes, and the Backplane (Lady Gaga's social media company). An engaging storyteller with an infectious sense of humor, Kevin Colleran offers an enlightening presentation on sales, marketing, and branding in the digital age. Colleran also shares many stories about the early days of Facebook, dispelling many of the myths created by the blockbuster movie "The Social Network".
Solicite mas infomación de Kevin Colleran