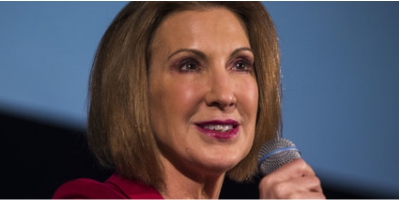 Carly Fiorina is a best-selling author, sought-after speaker, business commentator, and strategic advisor. As Chairman and CEO of Carly Fiorina Enterprises she is bringing her unique perspective and experience to bear on the challenging issues of our world championing economic growth and empowerment for a more prosperous and secure world. Throughout an extraordinary career in business, she successfully blazed new trails and defied the odds. Carly Fiorina was the first and, to date, only woman to lead a Fortune 20 company. Serving as the Chairman and Chief Executive Officer of Hewlett-Packard Company from 1999 to 2005, she led the reinvention of the legendary company, steering it through the dot-com bust, the worst technology recession in 25 years and the controversial merger with Compaq Computer, now acknowledged to be the most successful merger in high-tech history. The merger laid the foundation for HP to become the first $100 Billion info tech company, creating leadership positions for the company in every product line and every country.

In keeping with more than six decades of Hewlett-Packard corporate stewardship, and during a time when corporations made up 51 of the 100 largest economies in the world, Carly Fiorina took an unconventional route to becoming a corporate titan, starting as a medieval history major, a law school dropout and a secretary. In addition to an undergraduate degree from Stanford University, she holds an MBA from the University of Maryland, and a Masters of Science in Business from the Massachusetts Institute of Technology. Prior to joining Hewlett-Packard, she rose through the ranks at AT&T and Lucent Technologies over a twenty-year span, leading the IPO of Lucent (at the time, the largest IPO in history) and becoming President of its largest business. In her memoir Tough Choices, a New York Times and international bestseller that has been translated into 12 languages, Fiorina talks about her life and her views on leadership, technology and workplace diversity. In March 2008, Fiorina was appointed Victory ‘08 Chairman for the Republican National Committee. In this role, she is the primary advocate for John McCain and the Republican Party. Utilizing her vital business experience. She also serves as a trustee for MIT, She serves as a member of the Defense Business Board, as well as the Advisory Group for Transformational Diplomacy for the Department of State. She has previously served on the boards of Cisco Systems, Kellogg Company, Cyber Trust and Merck & Company. She also sat on the New York Stock Exchange‘s executive board. She was a White House appointee to the U.S. Space Commission to advise it on the nation‘s space science agenda and to contribute a broad range of high-tech expertise. In addition, she recently served on the CIA’s External Advisory Board. In July 2001, Fiorina was named an honorary fellow of the London Business School. 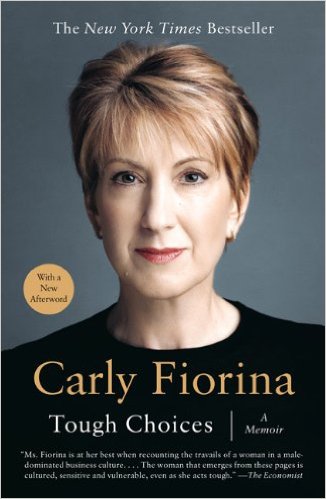