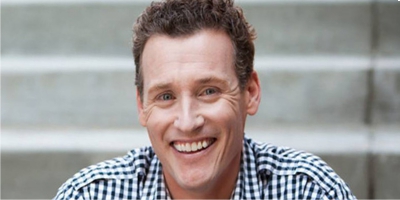 Scott Christopher is co-author of the best-selling The Levity Effect: Why It Pays to Lighten Up and Director of Speaking and Training at the O.C. Tanner Company.

He has appeared on NBC's Today Show, Fox Business Channel, CNBC, National Public Radio, BBC and has been quoted in the New York Times, Washington Post, Boston Globe, New York Post, Newsweek, Economist magazine, Ladies Home Journal and many other publications. A contributing author of the bestseller A Carrot a Day, a regular columnist for Workplace HR magazine, and consultant on strengthening work culture with recognition and fun, Scott Christopher travels the world speaking to leadership groups at conferences, trade shows, and on-site customer meetings. He is a regular speaker at SHRM National conventions and has spoken at dozens of state and regional SHRM conferences. With a background in radio, television, and film, Scott Christopher's presenting style is upbeat, witty, and unforgettable. While an undergraduate at Brigham Young University, Scott Christopher was honored with the United States' most prestigious acting scholarship, the Irene Ryan Award, at the Kennedy Center in Washington, D.C.