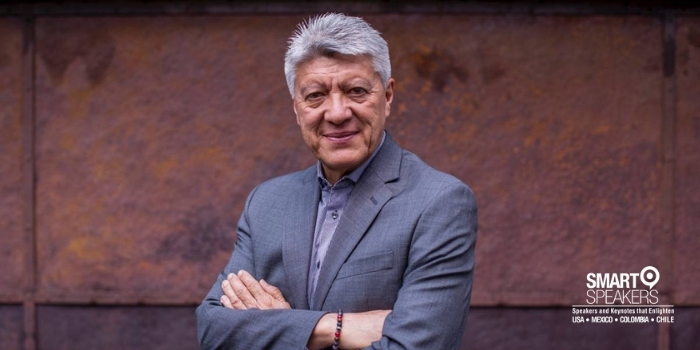 Jesús Ramírez began as a footballer in the basic forces of the Pumas UNAM soccer team, making his professional debut under the direction of “Carlitos” Peters at the age of 17. During his career as a player, he was League Champion and Cup Champion with the Pumas, he played professionally for 19 years for Pumas, Cruz Azul, Puebla, Atlante, Neza, Veracruz and Querétaro teams.

Jesús Ramírez has been recognized as a great promoter of young Mexican soccer players as well as a discoverer and trainer of talents at an international level. In 2005 he achieved for Mexico with the U17 National Team, the first world championship in its history, this achievement was a great boost for our young soccer players and a highlight in Mexican soccer.

Jesús Ramírez’s lectures move the audience and have given him, along with the World Championship, the prestige that he now enjoys as one of the great motivators of our country. Now, he shares his national and international experience based on the achievements obtained in the sports and business fields, through a range of services for companies and sports institutions.