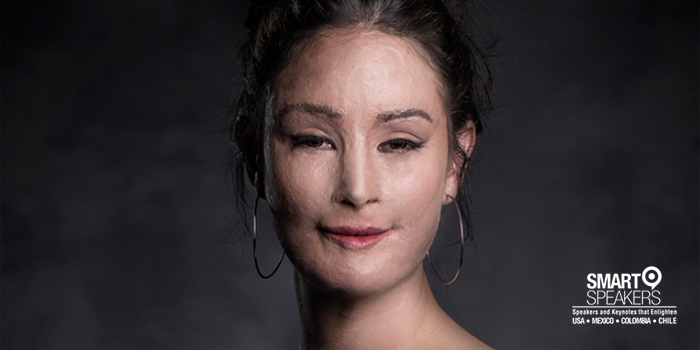 Natalia Ponce de León is one of the most admired Colombian women, recognized for her strength, courage and tenacity. After suffering an acid attack that changed her life, she created her own foundation in order to defend, promote and protect the human rights of survivors of chemical attacks.

In March 2014, Natalia Ponce de León was attacked with acid on her face. Since then, her life has taken an unprecedented turn and she has become the face and role model of thousands of people who have suffered some type of acid attack. This incident did not stop her; on the contrary, it was an impulse to begin her tireless fight to protect the human rights of the survivors of this type of attack. In 2015, Ponce de León created the foundation that bears her name as a non-profit entity, in order to defend, promote and protect the human rights of survivors of chemical attacks and to demand that they be given the medical, psychological and legal attention to which they are entitled.

Since 2016, Natalia Ponce de León has been part of the "No more masks" initiative, in which victims of acid attacks are asked to share a photo of their face after the attack to raise awareness in Colombian society. In that same year, she received the "Outlook Inspirations" award, awarded by the BBC's Outlook radio program to "inspiring and courageous" figures. As a form of international recognition, Ponce de León was part of the list of 100 women of the year 2016 prepared by the BBC. In 2017, she was recognized as one of the 6 most powerful women in Colombia in terms of positive social transformation, according to the international publication Latin American Post.

On March 29, 2017, Natalia Ponce de León was one of the twelve women chosen to receive the "Women with Courage" award, which recognizes women’s work in fighting for human rights. It was awarded to her by the First Lady of the United States of America, Melania Trump.

In 2019, Natalia Ponce de León was a member of the G7 Gender Equality Advisor Council, for advancing gender equality and the empowerment of women and girls. Her story’s impact has meant greater initiatives for the defense of women's rights in her country, despite the fact that violence against women in Colombia still remains one of its most common sources of violence.