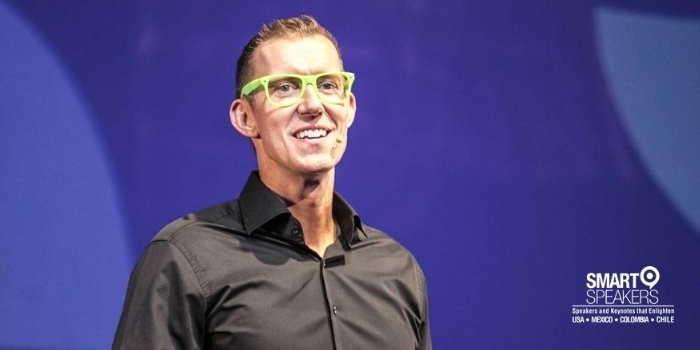 Erik Qualman is a global authority, keynote speaker and bestselling author who has become the benchmark for doing business through social media.

Five-times #1 Bestselling Author and Keynote Speaker Erik Qualman has performed in over 55 countries and reached 50 million people. He was voted the 2nd Most Likeable Author in the World behind Harry Potter’s J.K. Rowling. His Socialnomics work has been on 60 Minutes to the Wall Street Journal and used by the National Guard to NASA. Over 500 universities use Qualman’s materials, and his animation studio wrote and produced the world’s most-watched social media video “Social Media Revolution.”

Erik Qualman was formerly a sitting professor at Harvard & MIT edX labs. He received an honorary doctorate for his groundbreaking work What Happens in Vegas Stays on YouTube, and Qualman is also the founder of Equalman Studios which has produced film and animation projects for the likes of Disney, Cartier, CompuCom, Chase, Hearts on Fire, IBM, and many other global brands. 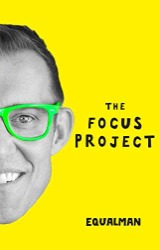 The Focus Project is a guide to pursuing less in order to achieve more—both personally and professionally. You will realize that leading an overly busy life is a choice, but it’s not a wise one. Being over-scheduled isn’t something to be proud of, it’s something to avoid at all costs. Instead, we should choose to focus on what matters most. 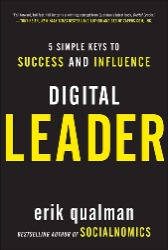 Digital Leaders are Made – Not Born. Learn the 5 Simple Habits that all Digital Leaders employ to help reduce your stress and make you more productive. 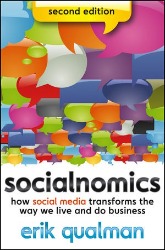 Socialnomics: How Social Media Transforms the Way We Live and Do Business

Socialnomics is an essential book for anyone who wants to understand the implications of social media in our daily lives and how businesses can harness social media’s power to increase their sales, cut their marketing costs and directly reach consumers.