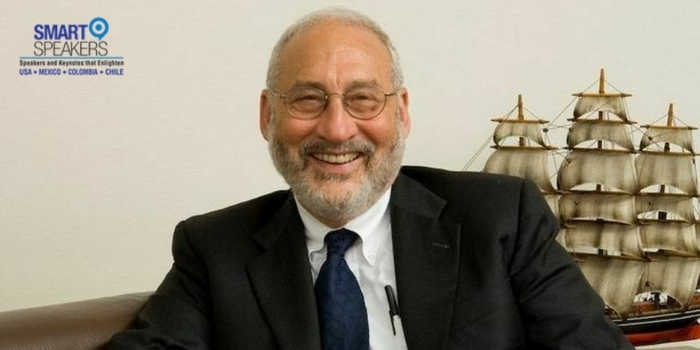 Joseph Stiglitz is an acclaimed Nobel Prize laureate in Economics and one of the world’s most talented and influential economists and thought leaders. He is the former Chief Economist and Senior Vice-President of the World Bank and is currently a professor at Columbia University.

Winner of the Nobel Prize in economics, Joseph Stiglitz is one of the world’s most noted economists and a thought leader on globalization and international business. In addition to his individual Nobel Prize, he was lead author of the Report of the Intergovernmental Panel on Climate Change, which shared the Nobel Peace Prize. Stiglitz is the current president of the International Economic Association and has been named by TIME magazine as one of the 100 most influential people in the world.

In a distinguished teaching career, Joseph Stiglitz has held positions at Princeton, Stanford, MIT and Oxford; he is currently a Professor at Columbia University in New York. He has been awarded more than 40 honorary doctorates, including from both Cambridge and Oxford universities; other honors have included the European Literary Prize, the Bruno Kreisky Prize for Political Books and the Robert F. Kennedy Book Award. Stiglitz has received several governmental honors, including becoming an Officer of France’s Legion of Honor.

In public service, Joseph Stiglitz was a member of the Council of Economic Advisers under the Clinton administration, and spent two years as chairman of the same body. He moved on to be Chief Economist and Senior Vice-President of the World Bank. He was invited by French President Sarkozy to take the post of Chair of the Commission on the Measurement of Economic Performance and Social Progress; he also chaired the Commission of Experts on Reform of the International Financial and Monetary System at the invitation of the President of the United Nations General Assembly. Stiglitz has been closely involved with the creation of the Institute for New Economic Thinking.

Many of Joseph Stiglitz’s books have been bestsellers, greatly enhancing the understanding of the ways in which markets work and why they fail, and when selected government intervention is beneficial. Globalization and Its Discontents has sold more than a million copies worldwide and is available in 35 different languages. The sequels, Fair Trade for All and Making Globalization Work were equally well received. Stiglitz reshaped the debate on the wars in Iraq with his book The Three Trillion Dollar War, and most recently he has published The Rise of Inequality: How Today’s Divided Society Endangers Our Future. 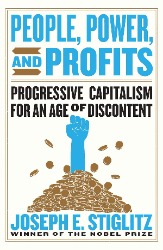 People, Power, and Profits: Progressive Capitalism for an Age of Discontent

An authoritative account of the dangers of unfettered markets and monied politics, People, Power, and Profits shows us an America in crisis. The American people, however, are far from powerless, and Joseph Stiglitz provides an alternative path forward through his vision of progressive capitalism, with a comprehensive set of political and economic changes. 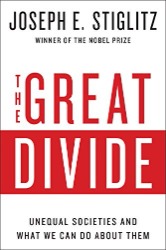 The Great Divide: Unequal Societies and What We Can Do About Them

The Great Divide gathers his most provocative reflections to date on the subject of inequality. As Joseph Stiglitz ably argues, a healthy economy and a fairer democracy are within our grasp if we can put aside misguided interests and ideologies and abandon failed policies.

The Costs of Inequality: Joseph Stiglitz at TEDxColumbiaSIPA

Keynote: The Future of Globalization