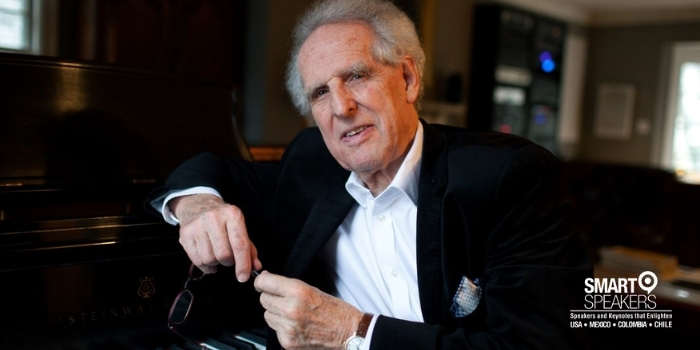 Benjamin Zander is a Grammy nominated conductor and one of the world's most sought-after public speakers.

Benjamin Zander has established an international reputation as a guest conductor. He has a unique relationship with the Philharmonia Orchestra of London and is recording a series of Beethoven and Mahler symphonies for the Telarc label with them. His recording of Mahler's Symphony No. 3 was awarded the 2004 Critic’s Choice by the German Record Critic’s Award Association, and his recording of Mahler’s 9th Symphony was nominated for a Grammy Award.

Benjamin Zander started his early musical training in his native England with cello and composition lessons under the guidance of his father. When he was nine, Benjamin Britten, England's leading composer, took an interest in his development and invited the family to spend three summers in Aldeburgh in Suffolk where he lived. This led to a long association with Britten and lessons in theory and composition from Britten’s close associate Imogen Holst, daughter of Gustav Holst.

In 1967, Benjamin Zander joined the faculty of the New England Conservatory, where he taught the interpretation class, conducted the Youth Philharmonic Orchestra, and regularly conducted the conservatory orchestras. Twenty years ago, he became the artistic director of the joint program between NEC and Walnut Hill, a boarding high school for the performing arts in Natick, Massachusetts. During his tenure as conductor of the New England Conservatory Youth Philharmonic, he took the orchestra on over a dozen international tours and made five commercial recordings and several PBS documentaries. In 1979, he became the conductor of the Boston Philharmonic Orchestra.

Benjamin Zander has an extensive speaking career, traveling the world lecturing to organizations on leadership. He has appeared four times as a keynote speaker at the World Economic Forum in Davos, where he was presented with the Crystal Award for "outstanding contributions in the arts and international relations." The best-selling book The Art of Possibility, co-authored with his partner, leading psychotherapist Rosamund Zander, has been translated into 16 languages.

Bringing his insights as the conductor of a major symphony orchestra to leaders involved in transformation and change, Benjamin Zander has become a much sought-after speaker to major organizations all over the world, including Shell, IBM, KPMG, Sprint, NASA, and the US Army.

Benjamin Zander’s keynote programs bring his passion for greatness to audiences in a way that transforms them. Audience members leave his presentations with a compelling new understanding of leadership, teamwork, and the keys to their own happiness and improved performance. Using music as both a metaphor and a medium, Benjamin Zander’s presentations are a high-energy tour de force. 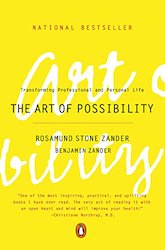 The Art of Possibility: Transforming Professional and Personal Life

Presenting twelve breakthrough practices for bringing creativity into all human endeavors, The Art of Possibility is the dynamic product of an extraordinary partnership. The Art of Possibility combines Benjamin Zander's experience as conductor of the Boston Philharmonic and his talent as a teacher and communicator with psychotherapist Rosamund Stone Zander's genius for designing innovative paradigms for personal and professional fulfillment. The authors' harmoniously interwoven perspectives provide a deep sense of the powerful role that the notion of possibility can play in every aspect of life. Through uplifting stories, parables, and personal anecdotes, the Zanders invite us to become passionate communicators, leaders, and performers whose lives radiate possibility into the world.

Benjamin Zander The Art of Possibility