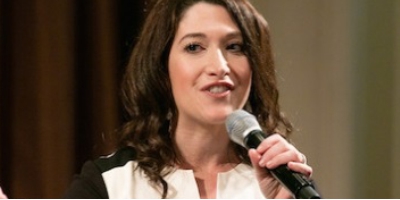 Randi Zuckerberg was the Marketing Director of Facebook, Randi works on marketing, politics (both US & international elections), current events & non-profits for Facebook. She is also a television spokeswoman for Facebook appearing on Good Morning America, The Today Show, France 2, and World News and lists singing and running as interests. She is the sister of Facebook co-founder/CEO Mark Zuckerberg.

She graduated from Harvard in 2003 with a degree in Psychology. Though she initially had hopes of taking up a music major – only to find it too difficult and shifted into psychology and later media Recently, Randi Zuckerberg has gone from director of marketing at Facebook to director of creative and buzz marketing at Facebook – according to her LinkedIn profile. Ranked among 50 "Digital Power Players" by the Hollywood Reporter in 2010,Zuckerberg organized and was a correspondent for the ABC News / Facebook Democratic Party and Republican Party U.S. Presidential primaries debates in 2008 and the CNN/Facebook Inauguration Day Partnership in 2009 and Comcast’s Facebook Diaries. Zuckerberg also was a correspondent at both the Democratic and Republican National Conventions for Facebook in 2008. Remaining politically neutral, She bragged to the Wall Street Journal that her Facebook journalist team were treated at the DNC "like rock stars."On the evening of November 2, 2010, Zuckerberg worked at a "town hall" assembled for ABC News as part of its television coverage of U.S. national midterm elections. The full seven hours of this event were webcast in their entirety on both ABC's website and Facebook. She authored Spark Your Career in Advertising. Despite the fact that her brother founded the site, she hasn’t always been involved. Randi has worked in corporate development at Forbes and account management at Ogilvy and Mather. 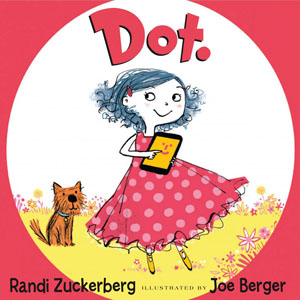