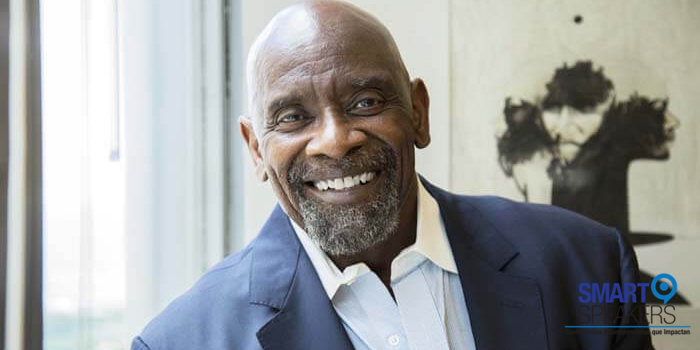 Chris Gardner is one of the most dynamic and active speakers on questions of success and motivation. Few life stories are as inspirational as his. Gardner started out without even a roof to live under, to become the owner and CEO of Gardner Rich & CO, a stock exchange listed company. His autobiography, 'The Pursuit of Happiness' (2006), became a New York Times and Washington Post number one best seller.

The book also served as inspiration for the acclaimed film 'The Pursuit of Happiness', for which Will Smith, who played Chris Gardner, was nominated for the Golden Globes and the Oscars. His book 'Start Where You Are: Life Lessons in Getting from Where You Are' was launched in 2009 and immediately entered the New York Times bestsellers list.

Chris Gardner, a tenacious worker, ended up losing his house due to adverse circumstances in the 1980s, and he was also responsible for his young son. But Christopher was not willing to give up his dreams of success and managed to climb to the top of the finance industry ladder. He is known as a philanthropist committed to many charity organizations and he teaches how to overcome obstacles, break out of negative cycles and overcome the fear of failure.

The Pursuit of Happyness 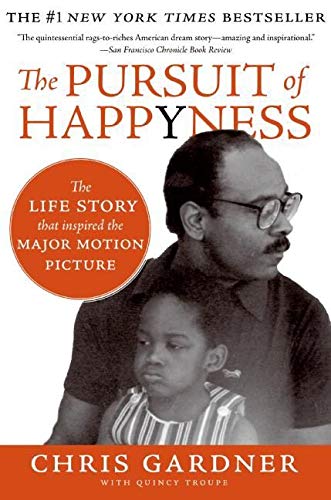 At the age of twenty, Milwaukee native Chris Gardner, just out of the Navy, arrived in San Francisco to pursue a promising career in medicine. Considered a prodigy in scientific research, he surprised everyone and himself by setting his sights on the competitive world of high finance. Yet no sooner had he landed an entry-level position at a prestigious firm than Gardner found himself caught in a web of incredibly challenging circumstances that left him as part of the city's working homeless and with a toddler son. Motivated by the promise he made to himself as a fatherless child to never abandon his own children, the two spent almost a year moving among shelters, "HO-tels," soup lines, and even sleeping in the public restroom of a subway station.

Never giving in to despair, Gardner made an astonishing transformation from being part of the city's invisible poor to being a powerful player in its financial district.

More than a memoir of Gardner's financial success, this is the story of a man who breaks his own family's cycle of men abandoning their children. Mythic, triumphant, and unstintingly honest, The Pursuit of Happyness conjures heroes like Horatio Alger and Antwone Fisher, and appeals to the very essence of the American Dream.

Chris Gardner - Keynote: Somewhere in the World - WE Day Illinois 2018